This is a place that i never expected i would visit, not even known on most recommendations i see online. Prior to my Thai trip, i planed to explore some non-typical places to visit in Thailand, most of the travel blogs recommended the usual places, Chiang mai, Chiang rai, Tak, Issan. But none of which is within my reach… I came across a random blog that introduced to me this mystical town called Mon Village.

This village is situated at Sangkhlaburi District, next to Kachanaburi and 5 hours away from bangkok. Making the trip there is equally fascinating.

Going from Kachanaburi: There are two ways to go there, either by private van or public bus, depending on your budget and comfort. There is only one ticketing office for the private van, based in a shop house(dark translucent doors) opposite Kachanaburi bus terminal, asked around for direction, we couldn’t recognise the shop at all. At the office, one can immediately recognise the locals who is of Burmese descent as they have white face painting over their cheeks. I was surprise that there is only 2 tourists waiting for the bus, and 1 european guy who arrived late as the tickets are sold out fast.

We finally arrived after a long road trip, with a few stops along the way. It was a tough journey with some steep roads, lots of risky bends and a couple of police checks when nearing Sangkhlaburi (so get ready your identification/passport near you). But i enjoyed the long trip anyways, something that is impossible in Singapore.

One of the main activity at Sangkhlaburi is to observe/take part in the morning alms giving tradition. As early as 5 am, one will be able to see monks from the nearby monasteries walking along the street to receive alms. Here are some dos and don’ts for photographers who are not partaking in the ritual..

I really enjoyed this area and strongly recommend it to others looking for a Thai adventure just outside of Bangkok!

Besides the good food and shopping, Batu Caves is another must visit attraction when visiting Kuala Lumpur (13 kilometres north of the city).

The Batu Caves is the most widely known Hindu Temple in Malaysia (almost like a local icon), dedicated to Lord Murugan and at every Thaipusam (which falls in late January/early February), it will be crowded with Hindu devotees carrying Kavadi and milkpots to express their devotion.

One of the most iconic feature of Batu Caves has to be the 42.7-metre high statue of Lord Murugan (tallest Lord Murugan statue in the world).  The statue, which cost approximately 24 million rupees, is made of 1550 cubic metres of concrete, 250 tonnes of steel bars and 300 litres of gold paint brought in from Thailand.

This area is a limestone hill comprising three major caves and a number of smaller ones. The limestone formations found in the caves are said to be around 400 million years old, the temple is considered an important religious landmark by Hindus.

There are many stalls there selling religious artifacts, food for feeding birds, drinks, indian vegetarian restaurants. So don’t worry if you’ll get thirsty or hungry there.

Be prepare to burn your leggy fats, pay extra caution as the steps are rather steep.

You are welcome to observe the worship session, just kindly remove your footwear before entering the temple sanctuary. Note: do not disturb the sanctity by taking photos with  your flashlight on.

As you climb up the 272 steps towards the Temple Cave, you will find a path branches off to the Dark Cave.  Follow the path and in no time you will feel the cool breeze coming out of the cave entrance.

There are registration tables where visitors can sign up for the tour.  You will also find a mini-exhibition of the bats you can find the Dark Cave.  You will most likely be able to only hear the bats flying around in the cave due to the darkness so this is the best time to see what those bats would look like upclose.

The Dark Cave is where visitors can explore the enthralling cave ecosystem with a guided educational tour.  The Dark cave is at least 100 million years old and the limestone that surrounds it was originally formed from shells and coral, from when this entire area was underwater.

The cave is also home to millions of both fruit- and insect-eating bats where their droppings (also known as guano) supports an ecosystem within the cave, with cockroaches, spiders, crickets, snakes and other creepy crawlies living off either the guano, the bats themselves or each other.

For RM 35 (Adult), you can sign up for the Dark Cave Educational Tour – Just come in your comfortable shoes and clothing and keep yourself hydrated as the tour is about 45 minutes long and the cave can get quite hot at times (with temperature of 27º -29º Celsius and 85-90% humidity year round). Torchlight and helmet will be provided.   Do note that the Dark Cave tour is not available on Mondays; the tour is available from Tuesday to Friday 10am to 5pm and on Saturdays, Sundays, Public Holidays 10.30am to 5.30pm.

I can feel the excitement overflowing as i’m typing this. You can never get tired of Bangkok, there is so much to do in Bangkok for every budget. Get a good pair of shoes for traveling, prepare to walk more than you do in Singapore. Speaking of Taiwan, somewhere that i have heard so much that it’s becoming a annoyance. I think majority of my friends have been to Taiwan, and being a Tzuchi Volunteer i am constantly surrounded by Taiwanese culture and connected in a way or another with this country. Our spiritual home is Hualien, where the organisation has being found. 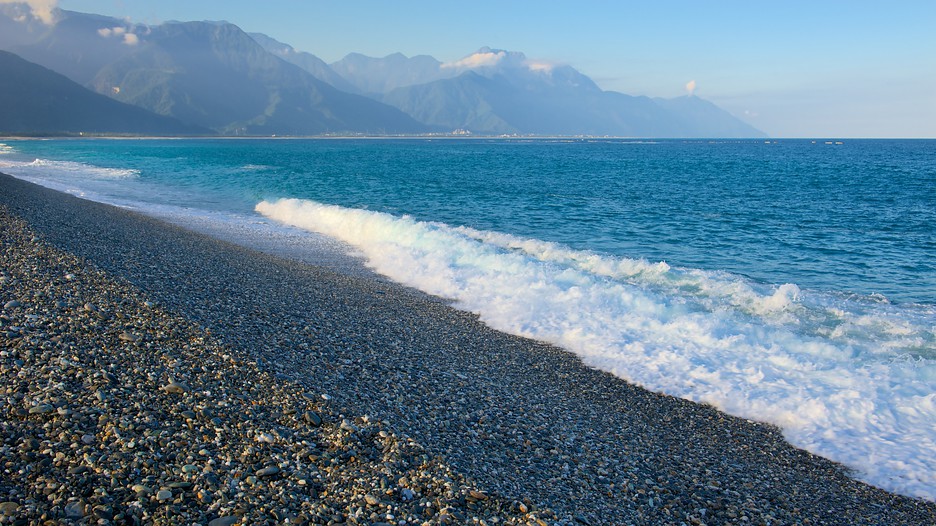 The Sukhothai Historical Park covers the ruins of the ancient Sukhothai city, literally known as”Dawn of Happiness”, capital of the Sukhothai Kingdom in the 13th and 14th centuries in what is now Northern Thailand.

The ruins are basically a complex of temples and the royal palace. The city walls form a rectangle about 2 km east-west by 1.6 km north-south. There are 193 ruins on 70 square kilometers of land.

The park is also a world heritage site and is maintain by the Fine Arts Department of Thailand with help from UNESCO.

Some simple guidelines that visitors should follow when visiting..

There will be numerous opportunity to take nice and creative shots. All you need is some patience and a handheld fan. The weather can be a real killer.

You are strongly encourage to rent a bike to explore the park. Bicycle rental are available near the park entrance, at about 30-50baht until daybreak at around 1900hrs. Exploring by foot is still possible though.

FYI Facts: Buddha statues originally did not exist because Buddha discourage idol worship. In spite of that, after Buddha’s passing, his disciples instead erected thrones made of valuable stones to remember the Enlightened one and his teachings. Buddha images then started appearing in 1st century CE in North India.

There are plenty of amenities in the park; you can find toilets, restaurants and even a massage parlor in the park. Outside the park is a cluster of eateries, and many shops selling souvenirs. You would have pass by before entering the park.

Best time to visit would be in November during Loy Krathong. When people decorate the park with lights and released candles and lotus into water bodies.

How to get there

Nope this photo is not heavily filtered. The canopi features the largest man-made saltwater crystal lagoon in south east Asia. I had only drop by to use their water sports facilities, cant wait to come again for a short stay.

On the banks of the Chao Phraya river in Sathorn district is the Wat Yannawa. The Wat Yannawa aka known as “the boat temple” features the viharn built in the shape of a Chinese junk vessel, a 19th century sailing ship.

The Wat Yannawa is one of the older temples in Bangkok; it was built during the time of the Ayutthaya Kingdom, before the founding of the Rattanakosin Kingdom and the city of Bangkok. At that time the temple was called Wat Kok Khwai.

The structure has a multi tiered roof with chofas in the shape of stylized naga decorating its roof edges. Other buildings on the temple grounds include a large meeting hall, several offices and libraries and the monks living quarters.

The King Nangklao had the boat like structure built to serve as a memorial to the Chinese junk vessels that were used intensively for trade with China and that had brought prosperity to the Kingdom.

The replica of a Chinese junk vessel is over 40 meters long and made from concrete. At the place where the masts should be are two white chedis or pagodas. In the back where the wheel house should be is a room containing a number of Buddha images where visitors can pay respect to the Buddha. The viharn is open to visitors; At the top of the stairs leading to the boat is a statue of King Nangklao.

The boat temple is located in the Sathorn district of Bangkok on Charoen Krung road. It is found just around the corner (South) from BTS Sky Train station Saphan Taksin.

Took this picture when our ferry was leaving Singapore to Batam Island, Indonesia. These buildings sprouting out of the forest looked like giant metal claws, pretty impressive architecture.

Down under
Sydney
Gold Coast
Rockhampton

You may reach out to me at  alexchenjincai@gmail.com